How is the "sound" of a microphone created?

We know that every microphone has its distinct signature, depending on its responses in the free and the diffuse field and some other properties like nonlinearities and the proximity effect. An analysis of this signature is allowed by the following recordings. We have recorded a male speaker with 8 microphones in 6 different rooms - simultaneously! This was done by repeating the recording in each room very similarly.

It's a pity that so many wrong or misleading information on digital microphones are distributed. Let's try to bring some facts into that discussion:

No. In a digital microphone there are A/D converters and an analogue preamp stage - just as it is the case in a signal chain using an analogue microphone. 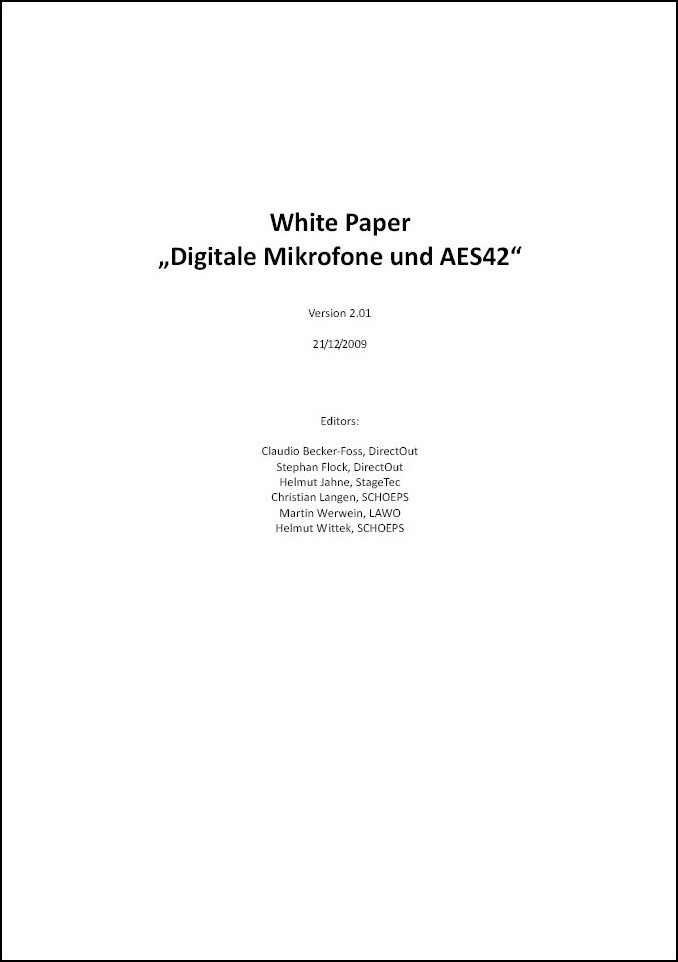 The authors of the White Paper "Digital microphones and AES42"  aim at providing an objective as possible view on the topic. On this basis, an introduction into and an assessment of this technology is enabled.